Nerdy Show is the first program in what would become The Nerdy Show Network and remains a cornerstone of the network's programming. The podcast covers the full scope of nerd media and discussions, "from comics and video games, to science and technology - if it's geeky, we've got it covered." Along with nerd music these topics have served as four primary focuses throughout Nerdy Show's on-going run since 2009.

The show's format has changed many times over the course of its run, but has always focused on humorous and topical pop culture conversations, tangental improvizations, and occasional interviews with nerd celebrities and personalities.

The current incarnation of Nerdy Show features one or two primary topics an episode as well as reoccurring programs as part of "Nerdy Show" such as Nerdy Show Book Club, State of the Empire, The Hex Grid and Nerdy Show Comic Show. New episodes are published Mondays.

"Nerdy Show" may also refer to the group of hosts associated with the network's core programming both the show, Nerdy Show, and various other programs such as Dungeons & Doritos, The Hex Grid, and Pokéballs of Steelix.

Beginning with Nerdy Show Season 2 the show was published in "seasons" with a small break in between each run. In 2013 the season concept was officially done away with. 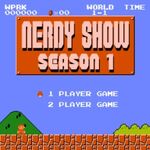 Originally a radio show on 91.5 WPRK in Winter Park, FL. The show was broadcast Wednesday nights from 9pm to 11pm EST between February and July, 2009. Episodes were recorded off the radio stream, and distributed online as podcasts. 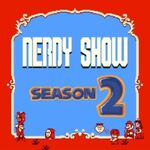 Called "the first TRUE Nerdy Show season".[1] Brian Clevinger is introduced as a full-time host on the show after being a guest twice in the previous season. Season two was published between August 21st, 2009 and December 31st, 2009. This season saw the debut and unexpected whirlwind success of Dungeons & Doritos. 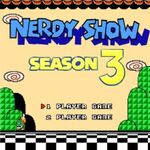 Ran from January 27th to September 2nd, 2010. Only explosions and machine gun fire would have been appropriate fanfare for Nerdy Show Season 3. From January to August 2010 the gang went on a eight month-long nerd rampage. Massive interviews, deadly new challengers, a world tour of geekdom – Star Wars Celebration V, Megacon, Nerdapalooza, and vidcasts on-site at video game ground zero: E3! This season saw the rise of da Amber Lamps in the War of Light and the old man strength of Epic Beard Man, the resolution to the Tetris Rap Attack remix contest and the entirety of the Blackest Night Song Fight challenge, Rule /34/ was exposed, teen werewolves found their wolfdads, and more insane lolz and roflz, and awesomeness than anyone could ever re-cap!

Ran from October 12th, 2010 to January 28th, 2013. A video game Minisode was published on September 18th that year, predating the launch of the season, but was later incorporated under the Season 4 heading.

Nerdy Show's current format debuted with Episode 122 "The Future is Now" February 4th, 2013 along with a site redesign better reflecting Nerdy Show as a Network, rather than a single show. The concept of "seasons" was done away in favor of an ongoing episode number. The new numbering was created by adding up the number of episodes from Season 2, 3, and 4 (excepting unnumbered and .5 episodes). Later that year, the Nerdy Show Prime format was rolled into weekly releases to further streamline releases.

Retrieved from "https://nerdyshow.fandom.com/wiki/Nerdy_Show?oldid=4425"
Community content is available under CC-BY-SA unless otherwise noted.